Here i am attaching an E Diary. Make use of this Diary. For downloading this E Diary - please click this link below: 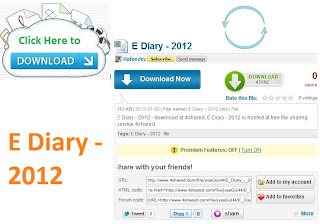 go through this link to download E Diary to your System.

After opening the link, go to file, select Download as then select Excel.
Save this file in to your Desktop.

What is the Specialty of this E Diary?

We are living in a Technological world. Everything now wireless. Writing and keeping a Diary is now a day is a hard thing. If it’s an Electronic one, most of the people can make use of it.

Using this diary you can

If you are regularly following this E DIARY, you can save your time and money.

Hope you will enjoy with this E DIARY

Wishing you all a very HAPPY n Prosperous NEW YEAR

Please do remember us in your Dua


An Overview of Islamic Finance in Germany

The German Federal Financial Supervisory Authority, BaFin (Bundesbank and German Federal Financial Supervisory Authority) sent two representatives on an Islamic finance congress. Dr. Johannes Engels, senior advisor and Robert Elsen, deputy head of the section for technical co-operation, both contributed to the World Islamic Finance Conference held this year in London, March 28/29. The conference featured such prominent figures of the Islamic finance world as Sheikh Nizam Yaquby, Shari'ah scholar from Bahrain who is a member of more than 80 Shari'ah-boards advising Islamic financial institutions and is considered to be one of the top ten leading Shari'ah-scholars in the world. The conference is not the first effort undertaken by the BaFin to jump start Islamic Banking in Germany.


His real name was Abdullah ibn Abi Quhafa. He was born three years after the birth of Prophet PBUH and died three years after Prophet’s death.
Abu Bakr was always a very close Companion of the Holy Prophet, he knew him better than any other man. He was considered as the second of the two. Such was his belief and conviction in Muhammad PBUH, that he became the first adult male to accept his message as soon as it was delivered to him, without questioning it. 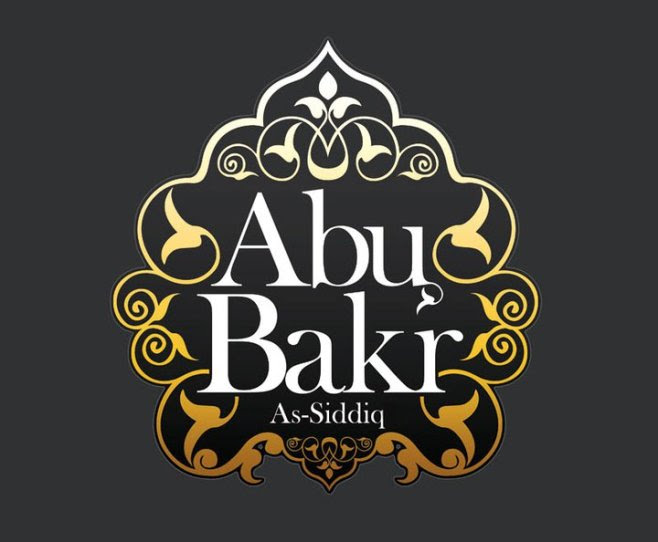 Abu Bakr’s submission to Islam was impeccable, the Prophet once remarked, “I called people to Islam, everybody thought over it, at least for a while, but this was not the case with Abu Bakr, the moment I put Islam before him, he accepted it without any hesitation”. He was titled As-Siddiq by the Prophet PBUH for his firmness in faith.

Even in the pre Islamic period, Abu Bakr was known for his generosity. This quality excelled to an unimaginable level after Islam. He freed a number of slaves who went through gruesome torture on their acceptance of Islam, prominent among them being Bilal, Aamir ibn Fuhayrah, Umm Umays and many others. Abu Bakr, a man who possessed 40000 Dirham was left with a meager 5000 Dirham at the time of his migration.

As Islam was growing rapidly in Makkah, the enemies of Islam desperately wanted to stop this message from spreading. To bring this idea to fruition, these enemies hatched a plan to murder the Prophet. Allah SWT revealed to his Prophet the ill intentions of the non-believers and ordered him to migrate to Madinah. So the Prophet sought Abu Bakr’s companionship in this remarkable journey which became a landmark event in the history of Islam. By this time majority of fellow Muslims had already migrated to Madinah.
The Prophet had to take the alternate route to escape from the eyes of Pagans. The pagans almost reached the mouth of the cave where the Prophet and Abu Bakr had taken refuge. Abu Bakr grew pale with fright, he feared not for himself, but for the life of the Holy Prophet. However, the Prophet PBUH remained calm and said to Abu Bakr “Do not fear, certainly Allah is with us,” [At-Tauba 9:40]. These Quranic words quickly calmed down Abu Bakr and brought back tranquility to his heart.

Abu Bakr, being the closest of Companions of Prophet PBUH, took part in all the battles that Prophet Muhammad had fought. At Uhud and Hunain, some members of the Muslim camp showed signs of weakness. However, Abu Bakr, with his unwavering faith, always stood like a rock by the side of the Prophet PBUH. One example of his firm faith could be understood by his eagerness to kill Mohammed, his own son who had not yet embraced Islam and was with the enemy camp in the battle of Badr.

The Successor of the Prophet

Hajj became an obligation only in the ninth year of Hijra. The Prophet PBUH was too busy at Madinah, to lead the Hajj, so he sent Abu Bakr as his representative to lead the Muslim pilgrims to perform Hajj. The Prophet himself performed Hajj in the following year.
The Prophet PBUH led the prayers himself ever since he arrived in Madinah. During his last illness, the Prophet could no longer lead the prayers and therefore he had to choose someone to lead Muslims in prayer. He bestowed this great responsibility on none other than Abu Bakr. One day Abu Bakr was away and Omar was appointed by the Companions to lead the prayers in his absence. Realizing the change of voice, the Prophet said: “This is not Abu Bakr’s voice, no one but he should lead prayers, he is the fittest person for this position”.
These two incidences provide enough indications that Prophet himself wanted only Abu Bakr to succeed him.

When the news of the Prophet’s death came out, many Muslims were confused and stunned. Omar RAhimself was so overcome with emotions that he drew his sword and declared “If anyone says that the Messenger of Allah is dead, I will cut off his head”.
Muslims stayed in such state until Abu Bakr arrived and gave his famous address: “O People! If anyone among you worshipped Muhammad, let him know that Muhammad is dead. But those who worshipped Allah let them know that Allah is alive and will never die.” Let all of us recall the words of the Qur’an. It says: “Muhammad is only a Messenger of Allah, there have been Messengers before him. What then, will you turn back from Islam if he dies or is killed?” [Al-Imram 3:144]
Suddenly Abu Bakr’s words started to sink in, and in no time confusion vanished and Umar instantly collapsed. Having shrugged off the shocking news of the Prophet’s death, Muslims realized that they need someone to fill the position of leadership amongst them.

Abu Bakr as the first Caliph

Soon after the death of Prophet PBUH, the voices of dissent emerged from some corners of the Islamic state. One was the group which refused to pay Zakat arguing that the Prophet PBUH is no more hence the system of Zakat also departed with the Prophet. The other was a bunch of people proclaiming themselves to be the Prophet. These two issues were so severe that they would tear the tiny state of Islam apart had the new Khalifah, Abu Bakr not taken stern steps to diffuse the voices of traitors. Abu Bakr straight away decided to wage war against these conspirators. When Umar asked him to retreat from war, Abu Bakr said,“Should Islam extinguish while Abu Bakr is alive,” He further added “I shall wage war against those Muslims who differentiate between Salah and Zakat.”

After a fortnight’s illness, As-Siddiq al-Akbar passed away on 22nd Jamadal-Akhira, 13 A.H. (23rd August 634 A.D.). Before his death he said to his noble daughter Hazrath Aaisha RA, “Do not use new cloth for my shroud. Wash the sheet in my use and wrap my corpse in it”. His wish was acted upon. His next wish was to pay all the money he got as salary for being the Caliph from “Baitul Mal” (The Public Treasury) after selling his garden. He said, I did not like to take anything from the “Baitul Mal” but Umar pressed me to accept some allowance so that I would be relieved of my occupation and devote my full time to the duties of the Khilafat. I was left no choice but to accept the offer”. After his death, Aaisha asked Hazrath Umar RA to take over that garden as desired by her father. Umar remarked: “May Allah bless him. He left no chance for anybody to open his lips against him”.
As-Siddiq al-Akbar left behind a noble example of selfless service. He lived and worked for the sake of Islam to his last breath, but sought no worldly rewards. Subhanallah!!!
Courtesy Copied from my friends blog


This article examines the implications penetration and expansion of what is often called “organised retail” or “modern retail” , though “corporate retail” would be the more accurate term.  The growth of corporate retail not only will not address the key problems plaguing India’s economy today – it will greatly exacerbate many of them.  In particular, the crisis in agriculture, environmental destruction, declines in land productivity, urban unemployment, price volatility and unequal access to resources would all be worsened by unchecked growth of corporate retail.
This Paper was prepared by Shankar Gopalakrishnan and Priya Sreenivasa,  Published in Economic and Political Weekly on August 8, 2009.

Unseen by most, celebrated by some and condemned by others, a quiet transformation is beginning to shape significant parts of India’s economy.  This is the penetration and expansion of what is often called “organised retail” or “modern retail”, though “corporate retail” would be the more accurate term.  Those who support corporate retail have argued that this is a positive development, one that will lead to a sea change in the conditions of consumption and production in India.  It will herald lower prices, more choice, less wastage and economic growth.

We argue here that this positive picture is a misrepresentation.  The growth of corporate retail not only will not address the key problems plaguing India’s economy today – it will greatly exacerbate many of them.  In particular, the crisis in agriculture, environmental destruction, declines in land productivity, urban unemployment, price volatility and unequal access to resources would all be worsened by unchecked growth of corporate retail.  In this context, Commerce Minister Kamal Nath’s announcement of effectively revised FDI norms should be a matter of concern.  This article focuses on food retail, the subject of most of the debate.