How the Union Budget Affects You

How the Budget Affects You

Fond of eating out and traveling? You'll soon have to pay more for that.
In the budget announced on Monday, Finance Minister Pranab Mukherjee said there will be additional taxes on restaurants, air travel and hotel. On the other hand, he provided some tax breaks for individuals, but those add up to less than 10,000 rupees ($220) for a year.
Here is a look at the main budget features that would affect individuals in the fiscal year starting April 1.
Income Tax:
Finance minister has raised the income tax exemption for individual taxpayers by 20,000 rupees ($445) to 180,000 rupees ($4,000). Individuals don't have to pay taxes on taxable income up to this amount. For women, the exemption stands at 190,000 rupees ($4,220).
This increase will result in a tax saving of around 2,000 rupees ($45) in a year. That's a "very small sum, especially when you consider rising prices," says Homi Mistry, partner at consulting firm Deloitte Haskins & Sells.
Another tax "break" will be on infrastructure bond investments. An investment of up to 20,000 rupees in bonds issued by certain infrastructure financing companies will be exempt from tax. That translates to a saving of around 6,200 ($135) rupees for an individual in the highest tax bracket.
Older taxpayers have the most to cheer about.
For tax calculation, individuals of 60 years of age or older will now be considered "senior citizens" down from the current 65 years. Senior citizens will not have to pay taxes on income of up to 250,000 rupees ($5,555). Mr. Mukherjee also created a new class of "very senior citizens", who are 80 years or older, and who will be exempt from taxes for taxable income up to 500,000 rupees ($11,111). On the face of it, these proposals sound good, but it's not clear if there are many 80-year-olds in India who earn taxable income of 500,000 rupees or more. "The question is: how many people will benefit?" asks Mr. Mistry.
Those who have a salaried income, whose companies are deducting the tax at source, and who meet certain conditions, may not have to file an income tax return. This could be convenient for individuals. "What are the conditions, we don't know yet," says Mr. Mistry.
On a final note, Mr. Muherjee made it clear that the new Direct Taxes Code will be coming into place from April 1, 2012. So, when you make your tax investments this year, plan ahead for the new regime.
What's Costly:
There will be new taxes on food, travel and hotel stay.
1. Your restaurant bill will likely go up by 3%. A new service tax will be levied on restaurants with air conditioning and which serve alcohol. This tax will be in addition to the existing value added tax, which is typically 12.5% on food and 20% on alcohol.
From what we know so far, the service tax will be applicable even if you did not order liquor as part of your meal, says Srinivas Kotni, managing associate at Delhi-based law firm Coporate Lexport. Mr. Kotni says a majority of city restaurants will be affected by this rule because most are now air-conditioned and serve alcohol.
2. Hotels which charge 1,000 rupees ($22) or more per night will charge a brand new 5% service tax on their tariff.
3. Air travelers will have to pay an additional 50 rupees ($1.1) in service tax on domestic flights, and 250 rupees ($5.5) more on international flights. If you fly business class, the service tax will be higher. 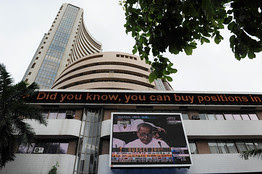 4. All services provided by hospitals and clinics which have central air-conditioning and 25 beds or more (which is basically most major hospitals in urban areas), will now be charged a 5% service tax. Earlier, this tax was imposed only on health check-ups or treatment. All government hospitals are exempted.
In the next budget, these service taxes could be increased and new services could be brought under the tax net, says Mr. Kotni.
Cars:
All potential car buyers can breathe a sigh of relief because, contrary to expectations, Mr. Mukherjee has not increased the excise duty on automobiles. He did that last year, and car companies responded by raising prices on some cars by as much as 25,000 rupees.
There are some tax breaks for hybrid or environment-friendly cars. This means those who were planning to buy cars like Mahindra's Reva, and hybrid versions of Honda Civic and Toyata Prius can rejoice.
Investors:
Individuals will have more opportunities to buy stakes of state-owned companies. The government fell short of its target of raising 400 billion rupees ($8.9 billion) in the fiscal year ending March 31, 2011 by divestment. Only six government-run companies made public offerings in this period, raising around 220 billion rupees ($4.9 billion).
Now the government plans to raise 400 billion rupees in year starting April 1.
Potential issues will likely come from Coal India, Steel Authority of India Ltd., and National Aluminium Co. Individual investors can expect a 5% to 10% discount on the price of these stocks.
Women:
During the budget speech, Mr. Mukherjee pointed out that one of his measures to help women was the reduction in central excise duty on things including sanitary napkins and baby diapers from 10% to 1%.
City women don't seem to find it a useful measure. Gauri Kalra, a 24-year-old resident of Delhi says that cheaper sanitary napkins and diapers wont make a difference. A tax break, on the other hand, could have helped "in shaping up a better life," she said.
click here for Finance Minister's Full Speech

How the Union Budget Affects You