We, on behalf of Muslim India, urge you to sign this petition for our demand to bring in stringent laws to criminalise mob-lynching and give justice to the victims by punishing the culprits and giving compensation of 35 lakhs to the family of each victim. 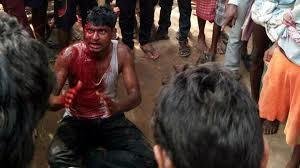 In already reported cases, more than twenty Muslims have been killed in various parts of the country. Most of them were killed for allegedly eating or storing beef. Some of them have been killed on the basis of rumours that they were transporting cows to slaughter houses or for being potential cow-thieves. In none of these cases, the culprits have been brought into the book. More alarmingly, in most of the cases, the victims themselves have been implicated in false charges and continually harassed. To cite just an example, Muhammed Akhlaq was lynched in Dadri, Uttar Pradesh on 28 September, 2015 for allegedly storing beef. Rather than bringing the culprits into the book, what unfolded in later months at Dadri was more horrifying. A case was filed against the family for allegedly killing a calf and the family was continuously harassed. They had to finally flee the village and now are living in Delhi.


What is more troubling about recent mob-lynching incidents is that these killings are not just about cow. On 23rd June, the 16 year-old Hafiz Junaid was lynched by a mob in the train while he and his friends were travelling from Delhi to Ballbgarh, Haryana after Eid-shopping. They were attacked by a mob calling communal slurs, pulling their beard and throwing down their skull-caps. What is more horrifying is that neither the co-passengers nor even those on the platforms admitted to seeing anything. In another terrifying incident, Muhammed Salman was shot at by the local police just outside his house. The police have not been able to give any satisfactory explanation for the shooting so far.
Here we are attaching a list of people who have been lynched so far, some names might still be missing as they were not reported by mainstream media.
1. 2 June, 2014: Mohsin Sadiq Shaikh, 24 years, beaten to death in Pune.
2. 5 March, 2015: Syed Sarif Uddin Khan, lynched by mob for alleged rape in Dimapur, Nagaland.
3. 30 May, 2015: Abdul Gaffar Qureshi, 60 years, a government contractor for cow-carcass disposal lynched in Rajasthan.
4. 28 September, 2015: Mohammad Akhlaq, 50 years, lynched in Dadri, Uttar Pradesh
5. 9 October, 2015: Zahid Rasool Bhatt, 16 years, died in a bomb attack on his truck in Udhampur.
6. 16 October, 2015: Noman Akhtar, 28 years, lynched in Himachal Pradesh for transporting cows.
7. 2 November, 2015: Mohammed Hamsad Ali, 55 years, lynched by villagers in Manipur over allegations of calf-theft
8. 19 Februay 2016: Muslim cops thrashed and forced to chant `Jai Bhawani' in Latur, Maharashtra
9. 18 March, 2016: suspected "cattle traders" Mohammad. Majloom, 35 years, and Inayatullah Khan, 12 years, hanged in Latehar, Jharkhand.
10. 1 April 2017: Pehlu Khan died of injuries after being attacked in Alwar, Rajasthan
11. 15 April 2017: Suspected cattle traders Abu Hanifa and Riazuddin Ali Killed for allegedly stealing cattle in Assam
12. 2 May 2017: Ghulam Mohammad, 45 years old, killed for allegedly "helping" an inter-faith couple in Bulandshahr
13. 6 May, 2017: Salman Abdul, 25 years, beaten and run over by a vehicle at Bhopal.
14. May 2017: assault on Muslim youths in Bhind, Madhya Pradesh.
15. 22 May, 2017: Munna Ansari, 39 years, lynched in Jharkhand on "child lifter" rumour
16. 26 May, 2017: Two traders thrashed in Malegaon, Maharashtra for allegedly storing beef.
17. 7 June, 2017: Muslim man attacked in Dhanbad, Jharkand on suspicion he was taking beef to an Iftaar.
18. 12 June, 2017: Tamil Nadu animal husbandry dept. officials transporting cattle in trucks attacked in Barmer.
19. 16 June, 2017: Zaffar Hussein lynched in Pratapgarh Rajasthan for trying to protect women.
20. 23 June, 2017: Hafiz Junaid lynched, 3 thrashed over beef rumours in Ballabhgarh, Haryana.
21.  23 June,2017: Nasirul Haq, Mohammed Samiruddin, Mohammed Nasir lynched by a mob in West Bengal , 23 June
22. 23 June, 2017. Mohammad Salman, 25 years, shot dead by local police outside his house.
23. 27 June, 2017: Usman Ansari, thrashed and his house set on fire when a dead cow was found outside his house.
Also look at the story done by journalist Asad Ashraf here, where Bajrang Dal Members are confessing to killing Pehlu Khan in Rajasthan.
As citizens of India, we are alarmed at the insecurity and threat to Muslims' lives in various parts of the country through lynch-mobs. We urge you to take meaningful steps to bring in stringent laws to curb mob-lynching and give justice to the victims. We demand that the culprits of these violence be immediately brought to the book and be given severe punishments. We also urge you to give 35 lakhs as compensation to families of the victims from Central Government resources.

About Muslim India:
Muslim India is an informal network of concerned citizens who want to stand by the Muslims of this country against Hindutva assault and lynchings and help them get their constitutional rights.
Muslim India was originally founded by former IFS officer, a Member of Parliament and a prominent Muslim leader – Syed Shahabuddin. The new Muslim India, in his absence today, will strive hard to maintain the same pace on which intellectual work was carried out by the late politician and diplomat. We consider the Constitution to be a sacred document of the country which ensures equal rights for all, including Muslims. We pledge to defend the Constitution of this country against attempts to dilute its principles and values.
courtesy