While some states were added on India's railway map for the first time in 2014, Mumbai saw multiple connectivity enhancements in terms of roads and metro connectivity. Yet another addition to India's infrastructure was the inauguration of the country's largest solar plant.

Railway lines, roadways, airports and metro connectivity - India's saw many major infrastructure developments in 2014. We take a look at twelve prominent ones: 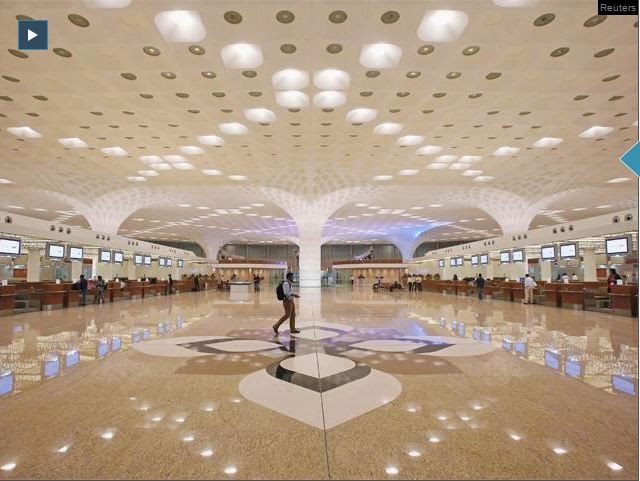 All international and domestic passengers enter the airport on the fourth floor accessed from a six-lane, 3.2 km elevated expressway six minutes from the existing domestic terminal. 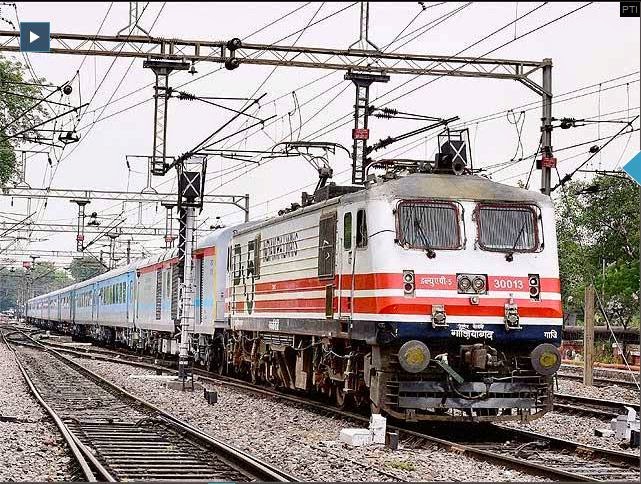 In July this year, a passenger train set a new national speed record of 160 kilometres an hour (100 miles an hour) during a test between New Delhi and Agra.


The test, part of the government's plans to upgrade the ageing rail network, saw the train complete the 200 kilometres between New Delhi and Agra in around 90 minutes. There are 10 coaches altogether in this semi-high speed train.

The semi-high speed train would reduce the travel time between Delhi and Agra by about 30 minutes to 90 minutes. The speed of the train is more than the Shatabdi that runs from New Delhi to Agra. 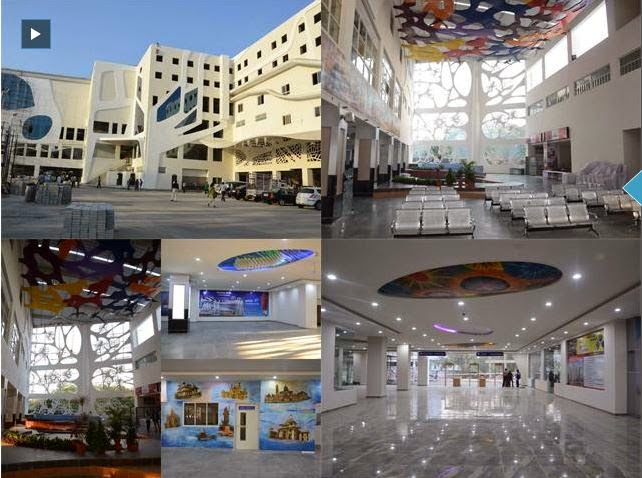 Touted to be country's first international standard bus terminal - the central bus depot of Vadodara - designed on the theme of banyan tree has given a new identity to the city.

Apart from an air-conditioned deluxe waiting hall and waiting lounge, the GSRTC portion has dormitories for GSRTC crew and passengers. The GSRTC Bus Station has been constructed under Public-Private Partnership at the cost of Rs 110 crore. 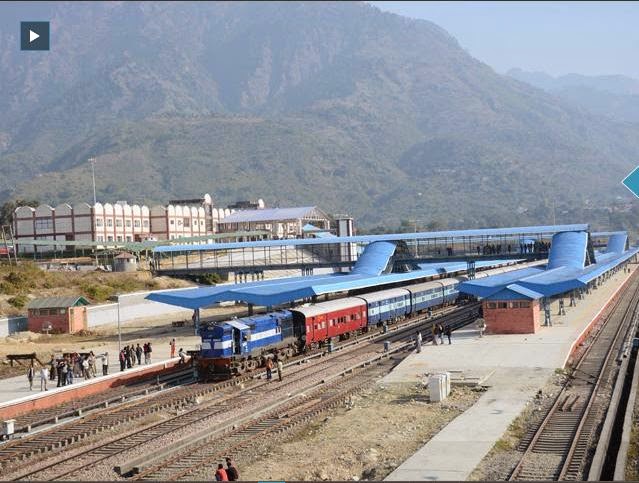 
The Udhampur-Katra rail section in Jammu and Kashmir become operational. The line enables pilgrims to the Vaishno Devi shrine to travel directly to the base camp at Katra.

The Udhampur-Katra rail route passes through hostile terrain, making it an extremely challenging project. The most difficult task for railways was to complete and lay tracks on 3.1-km-long tunnel on the route

After Ahmedabad, Surat gets its BRTS corridor 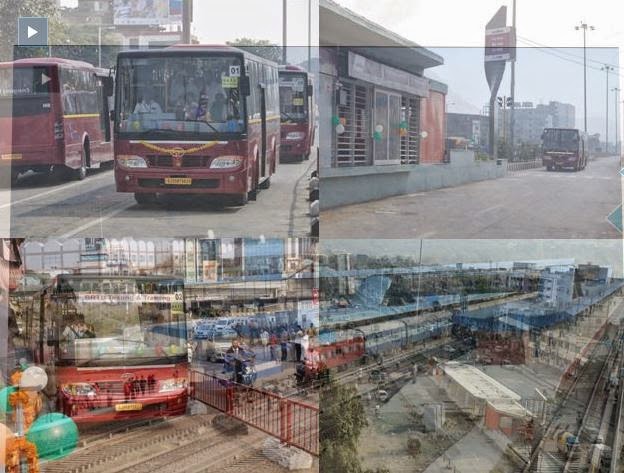 
According to SMC, the BRTS is a high quality, ultra-modern and passenger oriented rapid transit system which aims to deliver fast, comfortable, economical and eco-friendly mobility to urban dwellers. This first phase of the BRTS under Jawaharlal Nehru National Urban Renewal Mission (JnNURM) was planned in 2009-10.

An integrated transit system comprising of BRT, regular urban bus, regional bus and regional rail are envisaged to deliver the feeder services to meet with the needs of people of Surat. 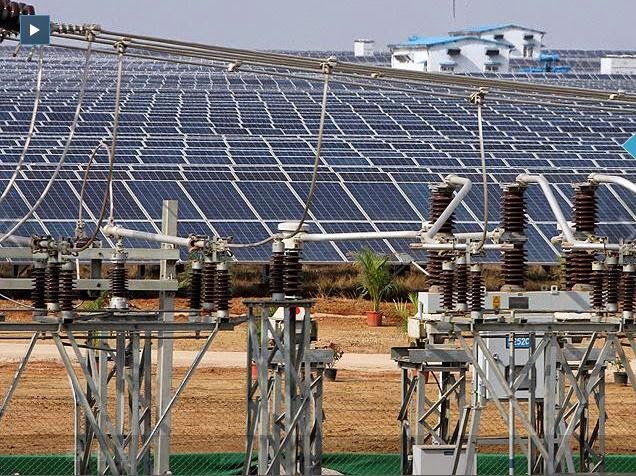 The plant is expected to cater to power needs of 6.24 lakh homes in the state. With the commissioning of this project, an estimated 216,372 tonnes of carbon will be mitigated annually.

The solar plant is one of the largest solar plants in the world spread across 800 acres of barren terrain. 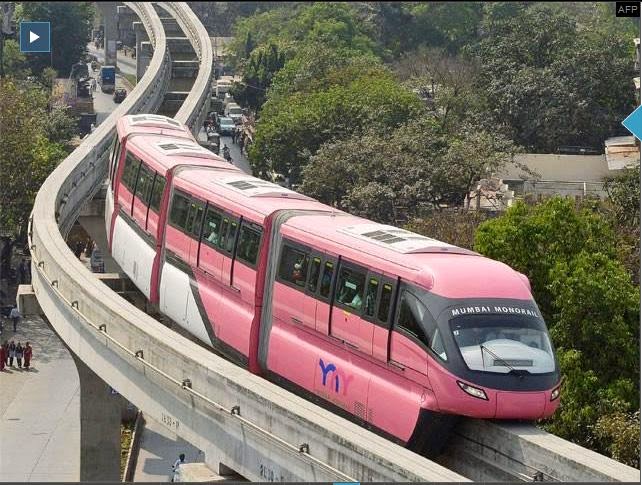 The country's first Monorail service will commenced operations in February 1 on the 8.9 km Wadala-Chembur section in the central-eastern suburbs of the metropolis after a delay of over two years.

The Phase I stretch has seven stations. The second phase the services will be extended to Sant Gadge Maharaj Chowk in South Mumbai. 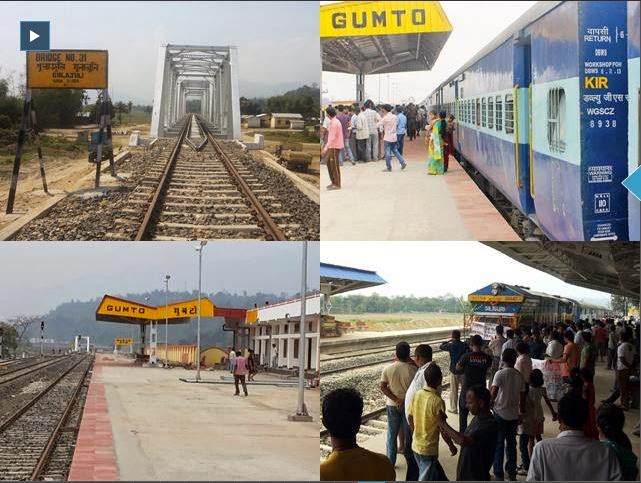 On April 7, a train chugged into Naharlagun for the first time in Arunachal Pradesh's history!

Before this daily passenger train service on the Harmuti - Naharlagun (Itanagar) broad gauge section, the state had only 1.26 km railway line inside its border with a single station, Bhalukpong, in East Kameng district.


The line from Harmuti traverses 6 kms in Lakhimpur district of Assam before entering lower Subansiri and runs along the left bank of river Dikong for about 7 km up to Doimukh before crossing the river. 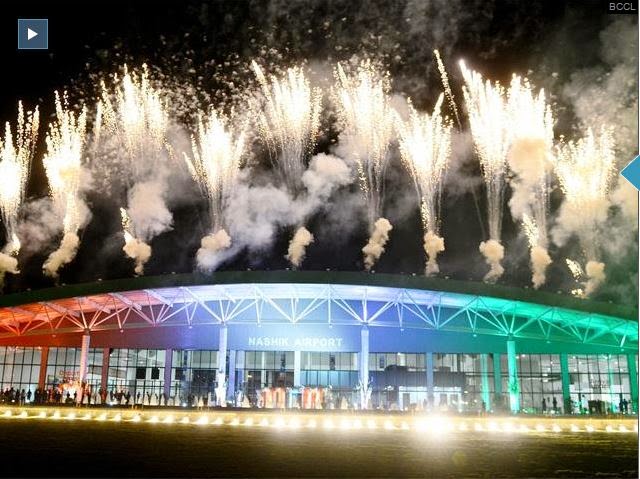 A new airport terminal at Ozar, around 20 km from Nashik city was inaugurated on March 3. The Nashik airport is meant to help in decongestion of air traffic at Mumbai.

The new terminal, spread over 22 acres, with 8,267 sq metre built-up area, offers international-standard amenities. Around six planes can land at the airport simultaneously.

The terminal is located around 20 km from Nashik. Road connectivity from the city to the airport has improved due to widening of the Mumbai-Agra National Highway 3, reducing travel time from 45 minutes to 15-20 minutes. 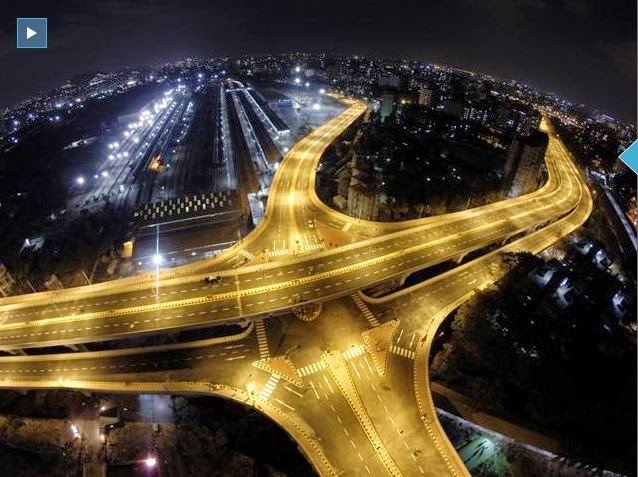 24 Dec, 2014
Claimed to be India's first double-decker flyover - part of the Santacruz-Chembur Link Road - was finally be thrown open for traffic in Mumbai. The 6.5km road provides quick east-west connectivity. 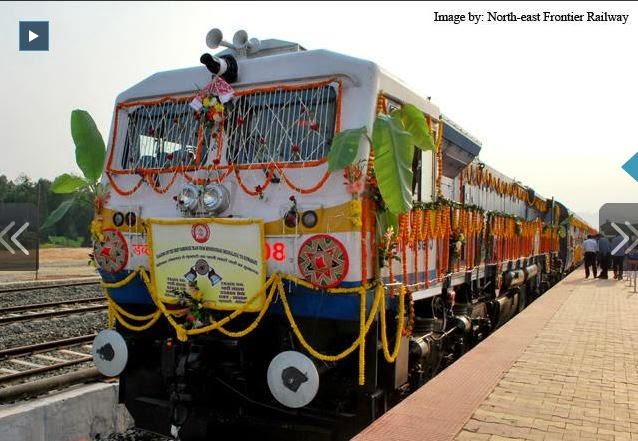 Meghalaya was recently added to the country's railway map with the first passenger train to the northeastern state. he latest estimated project cost is about Rs 275 crore.

With the commissioning of this line, Meghalaya, which was the only state among the seven sisters of the Northeast not having any railway line, has been brought into the Railway Map of India.

The Dudhnoi - Mendipathar railway line passes through Goalpara district of Assam. Out of the total length of 19.75 km of the line, 10.26 km falls in Assam and 9.49 km in Meghalaya. 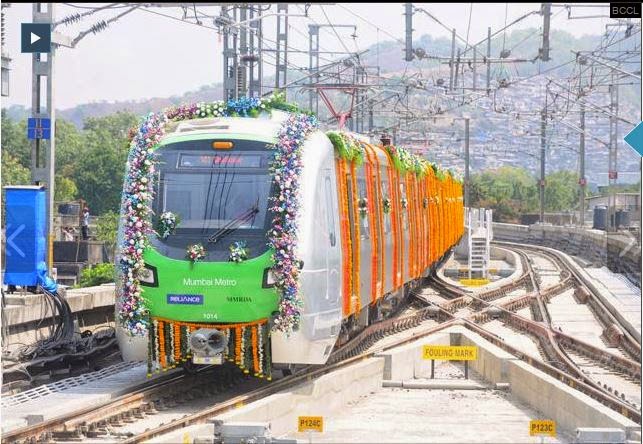 After a long wait, the first Metro service in the bustling metropolis of Mumbai was rolled out on June 8. The Metro train services on the 11.4 km Versova-Andheri-Ghatkopar stretch.

Each of the colourful rakes with four coaches of the Metro have a capacity of around 375 commuters or around 1,500 commuters per service. Metro I has reduced travel time on the Versova-Andheri-Ghatkopar corridor.