In response to millions of Egyptians taking to streets, army and number of political and religious leaders propose roadmap aimed at ending year of unrest 21:04 Some initial quotes from the speech by the head of Egypt's military:


We have made many proposals to get out of the current crisis.
We met with the Egyptian president on 30 June, 2013, during which we rejected any threat to the Egyptian people.
We were hoping for reconciliation that would fulfill the aspirations of the people.
However, the president's address did not live up to the expectations of the Egyptian people.
So we called for a meeting involving different parties, without excluding anyone.
Our roadmap consists of: 1- Suspending the constitution.
2-Holding early presidential elections. The High Constitutional Court head will be in charge of the country until then.
3-Forming a national coalition government.
4-Forming a committee to look into amendments of the constitution.
Taking measures to include the Egyptian youth in the decision-making process.
The armed forces call on the great Egyptian people to abstain from violence and resort to peaceful protest.
We salute the armed forces for their repeated sacrifices for the sake of the county.

21:10 The speech is over. There are massive celebrations going on at anti-Morsi rallies in Tahrir Square and Ittihadiya presidential palace in Cairo.

21:12 It looks like Misr 25, the Egyptian Brotherhood-run television channel, is off air.

21:20 It looks like several other Islamist-run channels including Hafez and Al-Nas are off air.


21:25 The Brotherhood's FJP just tweeted "history will tell that the first decision of the military coup, in which the advocates of democracy participated, is putting off air all opposition channels," a reference to the Brotherhood's channel and other Islamist owned channels being blacked out after El-Sisi's announcement.


21:30 Liberal politician Mohamed ElBaradei spoke at the army-held press conference. He says the roadmap drawn up by the military will guarantee the fulfillment of Egyptians' main demand – early presidential elections.

"I hope that will mark the beginning of a new era for the 2011 January revolution," he added.


21:32 Attendees at the press conference where El-Sisi gave his speech included a number of top military and police officials who sat in two rows on either side of the podium; the Coptic Orthodox patriarch Tawadros II; the grand imam of Al-Azhar, Ahmed El-Tayyeb; ElBaradei; a representative of Nour Party; Mohamed Abdel-Aziz, one of the anti-Morsi Rebel campaign's founders; and a senior judicial figure. 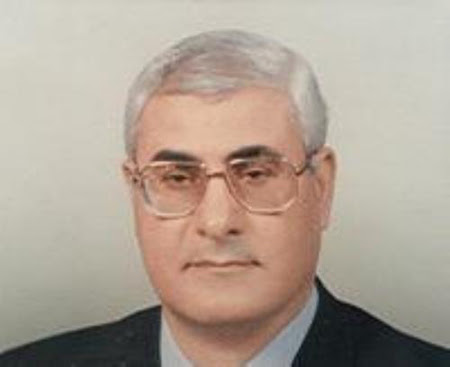 21:34 The head of Egypt's High Constitutional Court, the most senior Egyptian court, is Adly Mansour. He was promoted to the position in June.

21:50 The official website of the Muslim Brotherhood, Ikhwan Online, writes that the military’s announcement is a "conspiracy against legitimacy, a military coup that wastes popular will and brings Egypt back to despotism."

The statement continued: "Religious scholars condemn the coup and affirm the necessity of upholding the elected president. Symbols of the defunct regime are coming back to the scene at the expense of the blood of the martyrs of the 25 January."

The statement also claimed that "millions in many squares in Egypt have started a sit-in in support of legitimacy."


The website also reported that armed forces, deployed a few hours ago around Rabaa Al-Adawiya Mosque, are personally searching everyone getting into the pro-Morsi sit-in and preventing people from chanting in support of Morsi except after they’re inside the square.

21:52 Mohamed Morsi has announced on the official Facebook page of the presidency that the announcement made by the armed forces is a coup and that he rejects it. He said that as president and head of the armed forces he calls on all civil and military citizens to abide by constitution and law and not respond to the coup.

21:55 The Islamist-run television channels that were taken off air were apparently also evacuated by police, reports Ahram Arabic.
Police forces went to the Media Production City in Cairo's 6 October satellite city, where the offices and studios of these channels are located, and evacuated them. The police also arrested some of the staff working for these channels.

22:00 The interior ministry has released a statement upholding the army's announcement. The statement says that the army's roadmap fulfills "the people’s will and their interests" and stressed that the police stand by the armed forces in efforts to achieve the country’s security and stability.
There has clearly been a lot of coordination between the military and the police over recent days, as shown in supportive statements like these.

22:10 Nader Bakkar, spokesperson of the Salafist Nour Party, says on his official Twitter account that his party has taken part in setting the new transition roadmap which removed Morsi from the presidency.
Leading Freedom and Justice Party member Islam Abdel-Fattah responded to Bakkar’s statement calling the Salafist Party "traitors."
The Nour Party, formerly allies of Morsi and the Brotherhood, have distanced themselves in recent months.

22:40 Bashar Al-Assad, president of Syria, has said that events in Egypt are "the fall of what is called political Islam," reports Reuters. Morsi and the Muslim Brotherhood had been vocal opponents of the Syrian president, calling for foreign intervention against him.