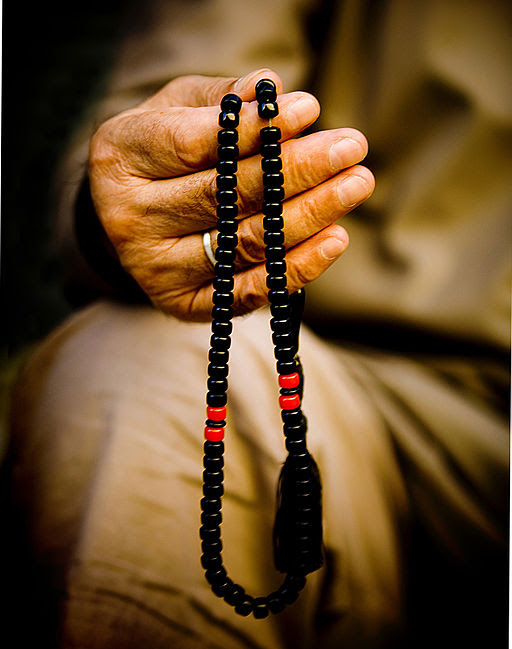 The complexity of modern society has inevitably made life more demanding.  In response, the market is saturated with books offering advice on how to deal with these challenges.  Some are excellent like Stephen Covey’s 7 effective habits, some seem to disregard ethical considerations like ‘44 rules of power’, other smack of infinite American optimism like ‘How to get anyone to do anything’. How then is John Adair’s The Leadership of Muhammad, to make an impact on such a saturated market?
The world’s leading scholar on leadership argues that life is not about effective management but about leadership. The growth of colleges and books on leadership all around the world suggest that he is right. In this regard, his book comes as a welcome addition for corporate business leaders as well as individuals. After all as the Arab proverb goes, ‘every man is given a kingdom, whether he be a leader of an army, sons or goats’.
Anyone wanting a book on the biography of the Prophet should not read this book; he will do well to read Martin Ling’s excellent biography instead. However, if he wants learn about his leadership style then this book is certainly the one. John Adair argues that this unremarkable Meccan merchant managed to unite unruly tribesmen into a coherent whole, who then went on to conquer Spain and India within a hundred years is a remarkable achievement. How did this man cause the downfall of two empires and then have those that he conquered adore him?  The conquests of Genghis Khan were greater but his conquests withered away and his name evokes fear.  Adair’s thesis is that the man possessed universal leadership qualities that can be replicated.  This conclusion is drawn from a distillation of personal experience which includes serving as a platoon commander, Scots guard and the only British soldier to serve in the Arab legion. Moreover, the author also has the academic experience to boot; he is a master of letters at Oxford, a Sandhurst College academic, professor of leadership studies at the University of Surrey and the United Nation Staff College and consultant to many companies and governments around the world.
In only 109 pages, 8 chapters with a brief appendix on the Prophet’s life, Adair incorporates examples from his early life, as shepherd, caravan leader, merchant and prophet to demonstrate his leadership qualities without a Machiavellian maxim in sight. Instead, he includes Arabic proverbs; words from sages like Aristotle, Sun Tzu, Ibn Khaldun and many others. He concludes with the idea that leadership must be ratified in the hearts and minds of men.  A leader must serve, endure the trials and tribulations with his team and possess unshakable confidence, integrity, humanity and humility with the prerequisite experience and knowledge.
Although it is written in simple and elegant prose it can appear as if they were a series of vignettes or rambling reminisces and asides. To some this can be a infuriating after all Business leaders don’t have time for parables and aphorisms. But don’t be fooled, one of the first principles of leadership is humility, as Marcus Aurelius’ teacher said to the future Caesar, “the master does not come to the pupil”, so too does it behoove the reader to humble himself and take Adair, the master, on his own terms. But all of these parables and asides on Bedouin life and the versatility of the camel do have a point. The author wants you to reflect, to figure out these metaphors for yourself since leadership is about thinking.  But in end each chapter is conveniently summarized in bullet points.
What is most remarkable about the book is its lack of sophistry.  His affection for Bedouin culture and his immense regard for his subject are apparent. He demonstrates that it ispossible to have ethical leadership even in such a complicated world such as ours. It sheds light on why men will spread out their coat and pray in the middle of Victoria station for this God called Allah, and why there is such devotion for a simple Meccan with the epithet ‘the trustworthy one’.  Digest slowly to derive full benefit. This is surely a leadership classic.
This article appeared in Emel Issue 97 October 2012, reproduced with kind permission.
courtesy - Tam Hussein - UK